According to a Forbes report, Bitcoin‘s institutional interest is booming. Documents filed with the U.S. regulatory agency, the Securities and Exchange Commission (SEC), show that about 20 institutions have reported an investment in Grayscale’s Bitcoin funds. Among them is the investment firm Rothschild Investment Corp. 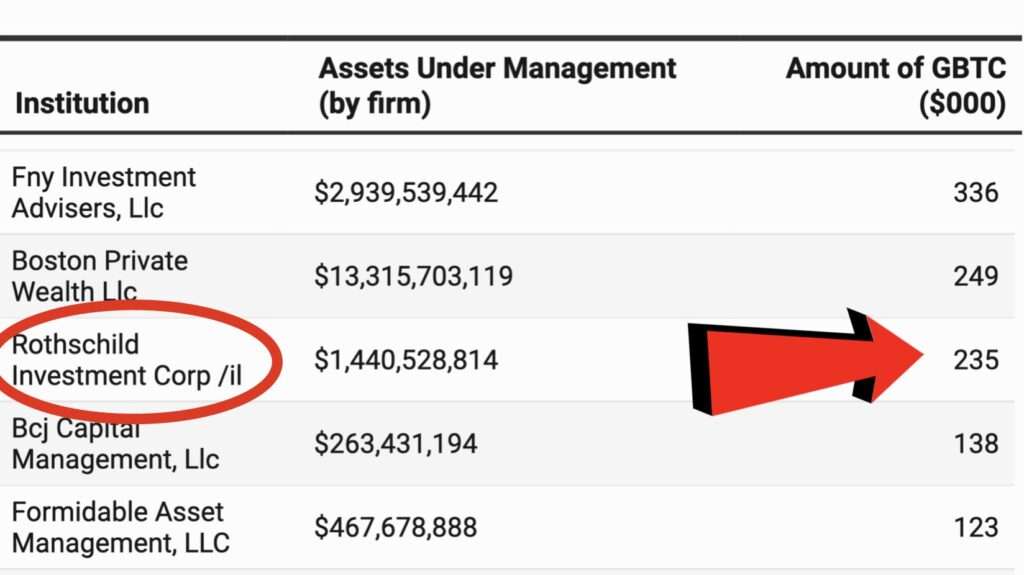 Rothschild Investment Corp.’s investment in Bitcoin has attracted much attention in the crypto community. The company name is usually associated with the Rothschild family. However, the company has previously stated that it has no relationship with the family with whom it shares a name.

The crypto community has had mixed responses to the news. While some doubt the “real” relationship between the legendary family and the investment firm, others associate the purchase with conspiracy theories. One user stated in response to the news that the Rothschild’s control “90% of the national banks”. Therefore, the family could easily also control Bitcoin, as the user stated via Twitter:

They can restart the Earth if they want… think that they own over 90% of National Banks… so they control a lot of bitcoin… don’t you cry for them.

Other users have spread the theory that Bitcoin is a “government invention” by families like the Rothschild’s to “bail out paper money”. Therefore, they believe that the Rothschild’s investment is a first step that will lead to the “media announcement of the end of Bitcoin”.

Blockchain entrepreneur Adel Meyer simply stated “FOMO” (Fear of Missing Out). This seems to be the predominant feeling among some important companies such as Square and MicroStrategy. The latter controls about 0.18% of Bitcoin’s supply. Its CEO, Michael Saylor, has also not been spared from starring in conspiracies.

The theory that seems to have gained the most popularity states that MicroStrategy, Square, Rothschild and other institutions that have invested in Bitcoin will not keep it for long. In contrast to Saylor’s intentions to “keep Bitcoin for 100 years,” this theory claims that institutions are preparing to dump it. However, Saylor has disproved this by calling it “creative journalism”.

Yeah… Matters for their profits, when they dump on you. https://t.co/MQHeP4Hsew

Beyond speculation and conspiracy theories, the industry could soon be negatively impacted in another way. Forbes also noted that the SEC is seeking to raise the investment limit that companies must report from $100 million to $3.5 billion. If that happens, nearly all the 20 institutions that have invested in Bitcoin in recent months would “disappear” or their share of the industry would go unnoticed.

Forget Ethereum, DeFi Is Being Built on Bitcoin